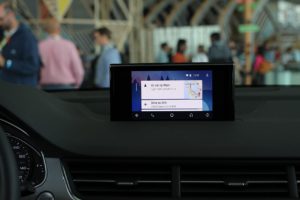 As society progresses in terms of technology man relies less on their independent sensory perceptions and more on scientifically advanced gadgets.

Consequentially, while out on the road too, people tend to use the GPS (Global positioning System) to find their way.

It is a general belief that it is not important to have a good GPS unit in vehicles basically because most smartphones are GPS enabled.

Yet, one must consider a few facts while making such assumptions. Primarily, A GPS unit is safer and more useful because it has been designed specifically for cars.

In fact, in some cases they may actually get a faster fix on the desired location since smartphones are able to use cell tower triangulation to augment the GPS technology.

They come with windshield mounts and battery chargers and have speakers that can be heard over engine and traffic noise.

The speakers on many smartphones are simply not up to this task. A GPS unit is rather superior to some phone apps when it comes to map quality.

Again, navigation apps are processor-intensive, causing smartphones to heat up and the battery to run down faster than otherwise- it may so happen that a driver is left stranded in an unknown place without any navigation device at all.

Further, in an area without 4G or Wi-Fi, the navigation system of a phone will not even work since satellite navigation is dependent on internet connection.

Offline coverage is preferable, since it ensures that the satellite navigation system wont stop working the moment the car drives into a tunnel.

In contrast to a phone map, a GPS unit can be shared within an entire family with senior drivers who are not equipped with a smartphone.

When on a trip, a call comes in, and even if answered using hands-free Bluetooth, the smartphone map disappears for some period of time, if one is playing music on the smartphone, the songs cut out to make way for the voice prompts giving directions.

These interruptions tend to get irritating for the driver.

Apart from personal use, even heavy truck drivers who drive on the highway at night need a dedicated GPS unit. It is very difficult to understand which way one is going at night.

A clear map in the vehicle is not only more trustworthy but also a mental assurance. Most importantly, the GPS unit works without a data connection.

When it finds connection, it downloads information from the social media sites Yelp and Foursquare, to give you an up-to-date guide to restaurants, cafes and other points of interest enroute.

It will also download petrol prices for the day and the latest traffic and safety alerts. The information display on a good GPS is excellent, and better than any single found on a smartphone.

It uses a series of small flip cards that displays information on the same screen as the map. So, the user is spared the nuisance of constantly changing tabs when s/he needs to use interlinked information.

Moreover, the screens of dedicated GPS are larger than those of smartphones. While driving at night it is far more comfortable to use a larger screen especially for truck drivers.

A GPS unit wins over in terms of storage as well. A whole country requires more than 4.5GB of storage, with individual states averaging between 200MB and 500MB each.

Many users wont want, or be able to, afford so much of their limited smartphone space to maps. With a dedicated GPS system, one will have no such concerns; with many manufacturers offering lifetime map updates, theyll stay up to date too.

Given the extensive scope and features of a dedicated GPS system people may believe that they need to be technologically smart to use these gadgets. But, surprisingly these are easy to use.

The systems have been created with the user in mind. From plug and play installation, to an intuitive user interface that you can access from any computer with internet access, it is way easier than expected.
Some extremely dedicated systems are; the Nüvi, Garvins flagship unit which incorporates a dashcam and lane departure and collision warning systems into its six-inch display.

An optional backup camera that must be wired into the backup light circuit can be integrated into the unit. The camera continuously records up to one hour of video on the included SD card, and then records over the previous video when space is used up.

Another device is the RoadMate that offers an intuitive interface and basic navigation features, along with a built-in dashcam (a compatible connected backup camera is an extra-cost option). As with the Garmin model, the RoadMate records continuously and will automatically store video taken when a bump or crash occurs.

The video can be viewed on the device or downloaded by a PC running Windows.

Your details are never shared.

One of the bestselling navigators from TomTom, 1505M offers a range of benefits at an affordable price. Find out the best features and how it will suit your needs

A great option in the 6 inch segment, Garmin Nuvi 2689LMT with lifetime maps and traffic service has become an indispensable unit for many happy customers